Spring 2015 arrives today at 6:45pm, along with an inch to several inches of new snow, according to the forecast. Old Man Winter lookin' to get his last licks in, I guess. No biggie. We're gonna go right ahead and welcome in the new season with excitement and anticipation, as we look forward to this old beauty finally going down the road again for the first time since 1984.

The Thank You Series is the result of my desire to publicly show my heartfelt appreciation for some very special people, without whose help and inspiration this whole thing would still be nothing more than a fanciful dream. I've had a wonderful time putting the series together, and can't wait to get on the road and take y'all along for the ride! With that, it's time for our final installment...

Part 7 of 7: Peter, Daniel, Christopher
My three older brothers. It was Pete who brought this truck into our family in 1981. Powered by the sense of adventure we inherited from our mother, he set out that summer to live his own lifelong dream of riding his bicycle from coast to coast. It was during this epic ride that he discovered the truck in Missouri. He left a deposit and went back after completing his bike trip to finish the deal, then drove the truck home to Connecticut. For all the details from then to now, please see "John's Old Truck – The Whole Story." 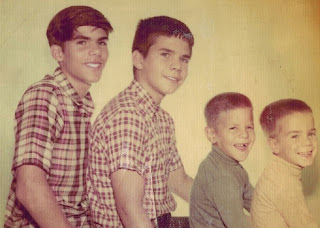 
Pete and Dan not only sparked my lifelong passion for music, but are also a key influence my wide ranging appreciation for classic vehicles. In addition to Dad's Ford wagon and '68 Cutlass, there was Pete's Corvair, the '66 Mustang he and Dan shared, the old Pontiac that Dan was finally convinced to buy from our friends up the street (I think he refused at first because it had four doors), Pete's '64 Chevy van, the Rambler that used to be a telephone company car (complete with a hole in the roof where the two way radio antenna used to be), Dan's Mustang II (Why, Danny? Why?!), and of course this 1949 Chevy truck. And with the earlier rides, I definitely heard a few good swear words for the first time as the older boys and Dad would be working on them in the driveway. 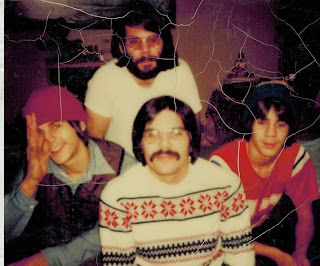 
Thank you, big brothers, not only for sparing Chris and me after we constantly disrupted your band practices in our basement "Jam Room," but also all the invaluable influence. And thanks to you, Chris, for cheering this project on from day one and holding the camera that captured that first start after all those years. Big thanks also to our pit crew, who were all here when she finally fired up again: Nephews Michael and Tim and niece Kelly. 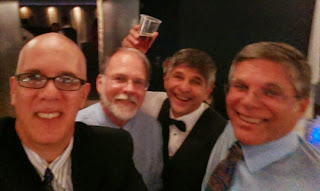 
And one more for the first born: Thank you, Peter, not only for living the dream that created mine, but also for providing me with the opportunity to make it real. 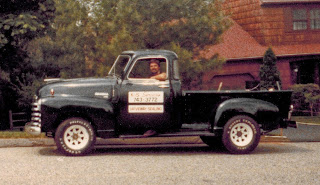 
When this old thing is finally ready to go down the road again later this spring, Peter will be the first driver. That's going to be a very special day, and I know without a doubt that Mom will be right there riding with us.