Today we continue the lead-up to Spring 2015, the season when I will finally realize the 34 year dream of driving this truck. There are several key people who have helped this project along the way, without whom the dream would still be just that. I wanted to show my heartfelt appreciation, and came up with the seven part "Thank You Series" - Every Sunday and Thursday for three weeks, and the seventh post on March 20th, the day Spring arrives.

Part 2 of 7: Jim!
A radio comrade going back almost three decades, always there with a big smile and a rock solid handshake whenever you see him. Just an all around great guy, and one of those that can pretty much fix anything you throw at him. He also loves working on old rides, and jumped at the chance to help this project. Jim was not only here the day we finally got the truck running again for the first time in 27 years, but is actually the one who made it happen. 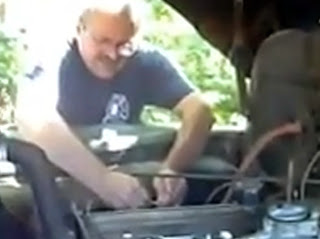 A shot of Jim in action on July 9th, 2011, when the old truck finally fired up again. Thank you, my friend! You da man! Can't wait until I can take a drive up to your place and take you out for a ride. 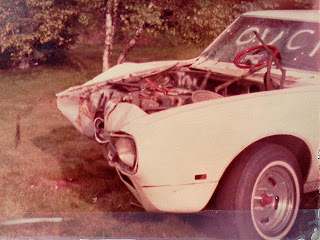 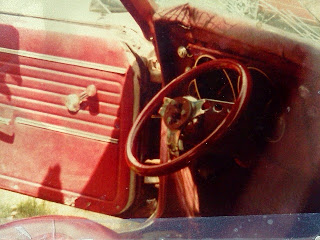