When I knew we'd be making the attempt on Sunday, I decided that it would be a great subject for my first ever Facebook live video. For the sake of authenticity, I also decided that there would be no test fire before we went live. Good or bad, I wanted my friends to experience it with me. Thankfully, aside from a manifold exhaust leak, a missing accelerator spring that caused the engine to fire up wide open and a whacked out shifter, the end result was good. We'll get those issues fixed and be on the road this week.

This project has always been a tribute to Mom, and I'm sure she was smiling.

Thanks for stopping by. See y'all down the road!

It took a lot of trying, but we finally got the new engine in place yesterday. Many thanks to my friend and coworker Rob for his invaluable help. Now we just need to get everything reconnected and hopefully we'll be firing up the '53 Bel Air motor this weekend. 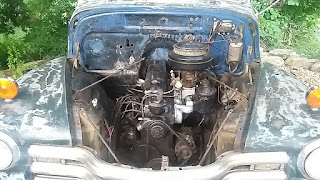 And the story continues...

Thanks for stopping by! See y'all down the road!

Got the old motor pulled yesterday. Today I'll clean up the engine bay and start the process of swapping our existing transmission, bell housing and flywheel to the new 235. We'll be going with a new clutch, pressure plate and throwout bearing, and I'll have the flywheel resurfaced before it goes in. 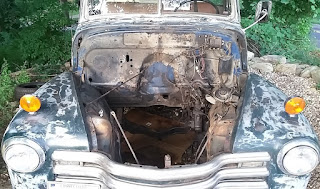 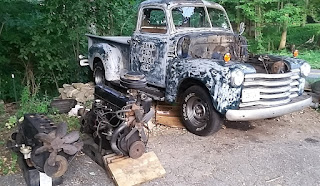 
Hoping to have the new engine in place by the end of the day tomorrow, then off to Ohio for our 48th family reunion this weekend. Doing the epic road trip and having this thing at the 50th in two years would be another dream come true... 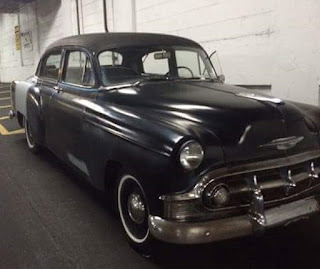 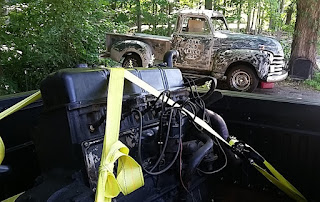 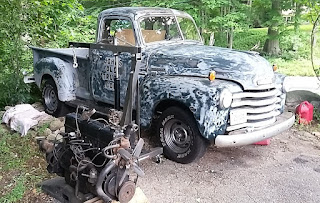 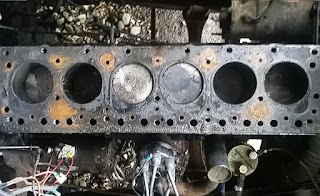 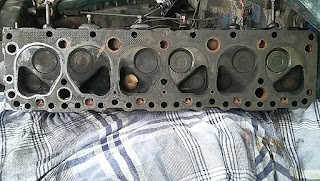