One Week to Go

Insurance and registration secured this week as planned. For the first time in 30 years, this truck is officially street legal. Upgrading from the original single feed master cylinder to the new dual feed required some metal fabrication, but the word from Alex is that the hard part of his work is done. Now it's just a matter of running the new lines and bleeding the system. 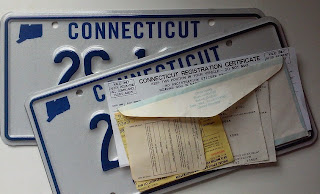 After 60 minutes at the DMV on Thursday we're officially registered! 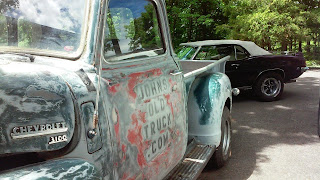 Also Thursday - Stopped by to check progress, Alex had his gorgeous '69 Firebird out 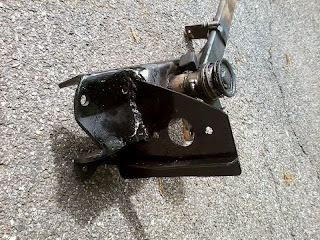 The original single feed master cylinder bolted to the driver's side of the frame but the new dual feed will mount toward the front, which required the new mount 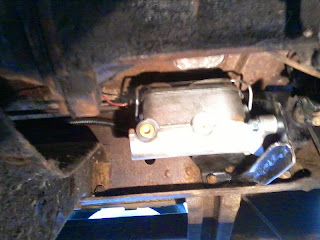 Test fist of the new MC. Directly above is the access hole for the original (on the floor of the cab), which we'll need to enlarge for full access to the new one


As Alex pointed out in our conversation yesterday, there are plenty of things on this truck that will need attention "sooner rather than later," as you might imagine with any vehicle that's been sitting for so long, but we will be safe and ready to go down the road when the brake system work is done.

Hard to imagine that in just one week's time the dream will finally be real.